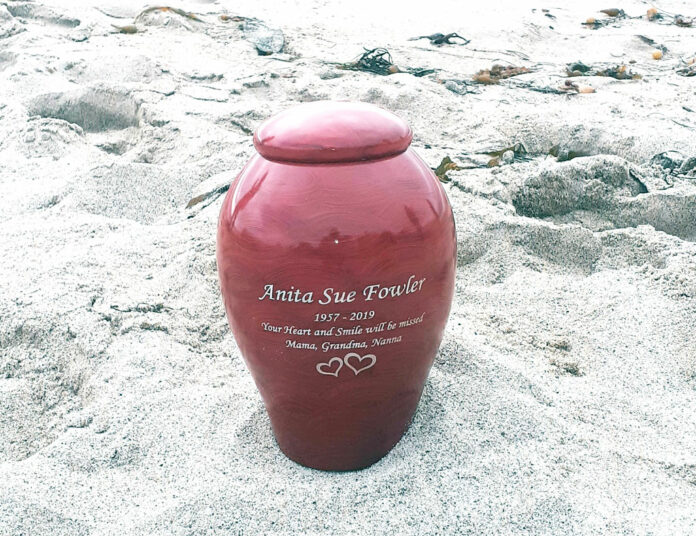 Denisha Whittle said she was away from her car for 10-15 minutes — closer to 12, she believes.
And when she came back, she noticed several items had been pulled from the vehicle’s console onto the passenger seat. But her thoughts were on one item in particular: an urn containing her mother’s ashes.
It was gone. So was a laptop, some gold rings that belonged to Whittle’s mother and a jewelry box passed down from her grandmother.
The theft reportedly occurred on Tuesday at about noon near an apartment in the 4400 block on Sarah Street. The urn, which was in a shipping box inside the unlocked vehicle, is inscribed with the name “Anita Sue Fowler.”
“People are crappy, but you don’t have to be that crappy,” Whittle said in a phone interview. “[The urn] is actually priceless to me.”

Whittle’s mother passed away more than a year ago, and Whittle had her ashes in the car as she made her move from Texas. She explained she was visiting a friend who lives in Burbank when the theft occurred.
Whittle believes, since she was only away from the car for a few minutes, whoever took her mother’s ashes may not have realized the shipping box contained an urn.
“I just want them to bring the urn back,” she said. “I don’t even care about the rings or anything. … That was really messed up that you would take that, and when you [found] out what it is, you could have at least brought it back.”
The Burbank Police Department is asking anyone with information about the whereabouts of the urn to call the department at (818) 238-3000.