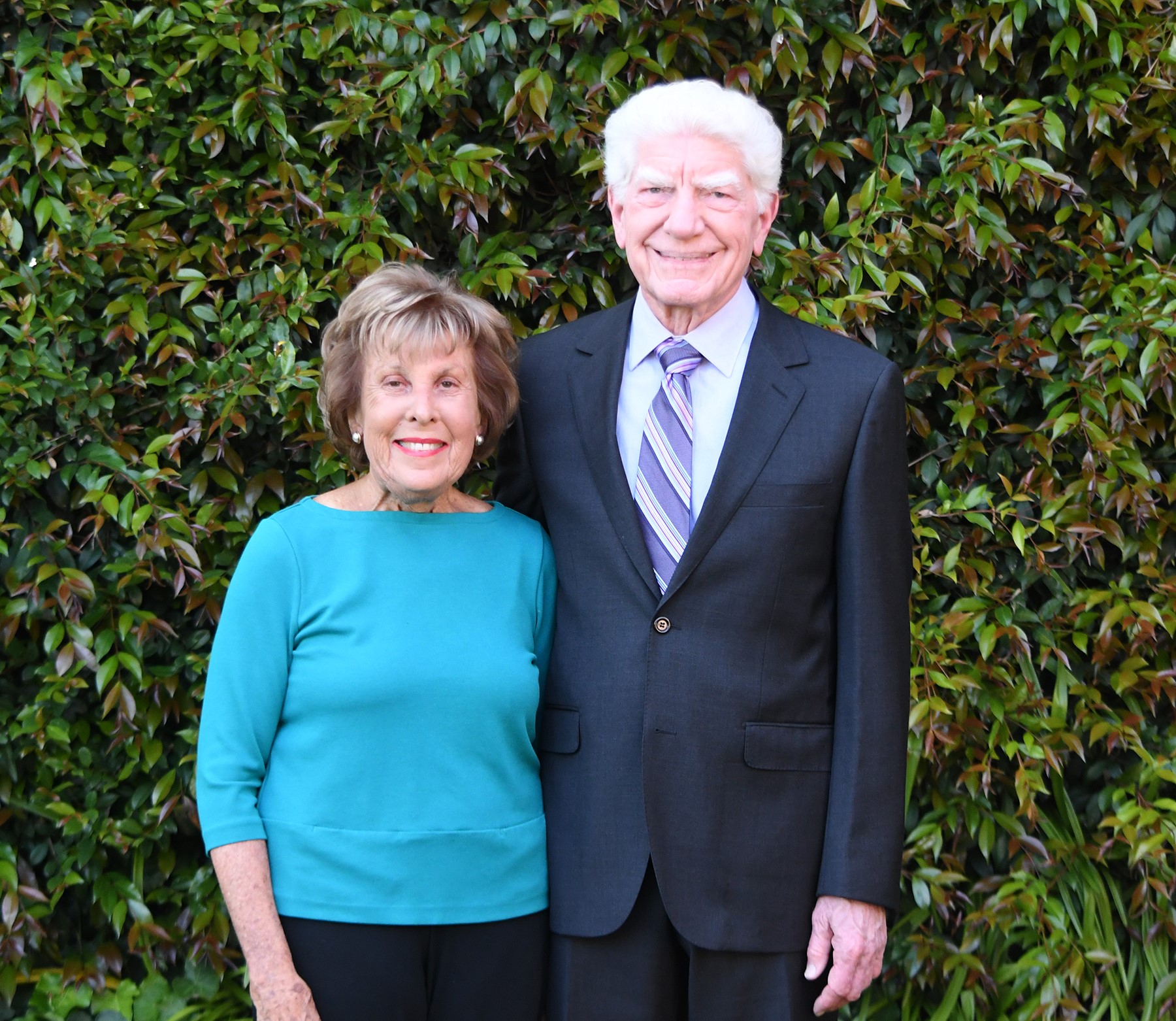 First published in the Sept. 22 print issue of the Pasadena Outlook.

The Pasadena Symphony Association (PSA) will host an evening of enchantment and romance on Saturday, Sept. 24, as they host their annual Moonlight Sonata Gala, surrounded by the beauty of Pasadena City Hall. The festivities will kick off with an elegant courtyard reception, followed by a luxe dinner, live auction and program filled with music and dancing under a starry night in Centennial Square.
Music from the Pasadena Youth Symphony Orchestras will usher guests into Centennial Square, and Los Angeles meteorologist Dallas Raines and his wife Dannie will host the evening’s program as guests enjoy a four-course meal by Claud & Co. To top off the elegant affair, popular songstress Allie Feder will perform an intimate set of standards in an exclusive performance befitting this enchanted night of music and community.
The event will honor two longtime Pasadena Symphony Association supporters as outstanding luminaries. Philanthropist luminaries Freddi and Ken Hill will be recognized for their charitable contributions to the Pasadena community and their longtime commitment to the Pasadena Symphony Association for more than three decades. Both Los Angeles natives, Freddi and Ken Hill met in 1977 and quickly fell in love over their shared devotion to music and gardening. Throughout their marriage, music has bonded their belief in the power of arts to impact the community.

“Freddi and Ken Hill have been passionate, dedicated, and inspiring patrons of the Pasadena Symphony and Pops for over 40 years, serving on its board of directors, underwriting numerous concerts, and being engaged ambassadors of our musical mission,” said Lora Unger, the organization’s CEO.
The PSA will recognize as corporate luminary the generous charitable contributions of Paul Rusnak and the Rusnak Auto Group, “whose longtime support has encouraged the Pasadena Symphony and Pops to flourish as the region’s preeminent source for live symphonic music,” Unger said.
As a teenager, he escaped the communist takeover of Czechoslovakia with his family and came to America not speaking any English. After earning a degree from Los Angeles City College in 1954 and serving two years in the U.S. Army, Rusnak ventured into the world of retail automotive. Rusnak’s focus was on European imports and today he owns California dealerships in Pasadena, Arcadia, Westlake, Anaheim Hills and Loma Linda, selling Audi, BMW, Bentley, Hyundai, Genesis, Jaguar, Land Rover, Maserati, Mercedes-Benz, Porsche, Rolls-Royce and Volvo. “America and its amazing car industry have truly propelled me beyond my wildest dreams,” he said.
Tickets to the Moonlight Sonata Gala are limited. Individual tickets start at $300 and may be purchased by visiting PasadenaSymphony-Pops.org or by contacting Alan Maldonado at alan@pasadenasymphony-pops.org or 626-793-7172 ext. 27.