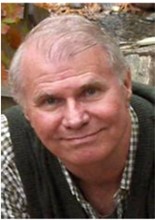 It is with heavy hearts that we mark the passing of Steve Campbell, beloved Burbank teacher of 41 years.

Mr. Campbell started teaching English and Spanish at Jordan Junior High in 1965, coming from El Rancho High School in Pico Rivera, where he taught English to Spanish-speaking students while finishing college at Cal State. Once in Burbank, he taught Spanish, journalism, ninth grade English, as well as ESL in adult school.

In 1970, Steve became the Associated Student Body adviser and took over Jordan’s journalism department, supervising not only the school newspaper, The Star, and the yearbook, but also creating a school literary magazine, The Lair. Under Steve’s guidance, Jordan’s newspaper became the highest rated junior high newspaper in the nation. Pepperdine University named Steve Campbell’s journalism department, (The Star, The Lair, and the yearbook) the best in L.A. County six years in a row. As Jordan’s ASB adviser for 21 years, Steve originated Jordan’s Blue and Gold Competition, art gallery, and the gallery of ASB presidents, which still line the cafeteria walls.

In 1991, Steve moved to John Burroughs High School when Jordan became a middle school so he could continue to teach his beloved ninth graders. As the ninth grade “specialist,” Steve championed the clusters program, creating a cohesive community known as Burroughs’ Freshman Village.

More than 10,000 students, who call themselves “Campbell’s Kids,” vividly remember his reading and acting out “Romeo and Juliet,” “A Christmas Carol,” “Shane,” and “The Yearling.” They keenly remember turning in a three-draft essay, perfectly stapled and formatted, every Friday and getting it back corrected in red pen every Monday. And for those who failed to turn in an essay or assignment, they regretfully remember detention and calls home, and a few even remember Mr. Campbell showing up at their door to have a talk with their parents. In Mr. Campbell’s class, failure was never an option.

In June 2006, Steve retired to enjoy life and travel with Carlton Maddox, his longtime partner whom he officially married in 2013.

On March 31, 2018, John Burroughs High School dedicated the school library to Steve Campbell, a tangible symbol of all he believed in and gave to his students with such passion. He was the kind of teacher other teachers aspired to be and students continued to learn from long after leaving his classroom.

It is not an exaggeration to call Mr. Steve Campbell a Legend, and as such, he will be greatly missed and long remembered.

A Celebration of Life will be held on Saturday, May 14, from 1 p.m. to 4 p.m. at the Steve Campbell Library at John Burroughs High School.