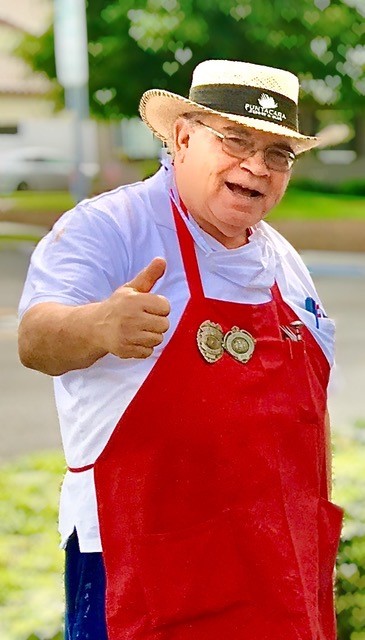 His parents were Filiberto Manente and Domenica DiCesare. He had two younger brothers, Angelo (deceased 1994) and Sabatino.

His father left Italy in 1948 to work in Ontario, Canada, to escape wartorn poverty of post WWII in Italy and make a better life for his family. His mother and children, Dominic and Angelo, made a weeklong trip across the Atlantic in 1951 to join their father in Canada. In 1960, the family, along with Nonna Concetta, made the long cross-country trip by car to Los Angeles and joined Filiberto’s brothers, Etterigo and Vincent, and their families. Filiberto ran a restaurant in downtown Los Angeles and the family moved to Burbank in 1963.

Dom attended Bellarmine Jefferson High School and graduated in 1965. He graduated from Loyola University in 1969. While traveling across the country after graduation, Dom met Rita Buzzelli in Pennsylvania. They married in 1971, and had a daughter, Gina, in 1972. Dom then attended Cornell University and received his graduate degree in Hotel/Restaurant Management. He went on to manage restaurants in New Jersey, Florida and California.

In 1986, Dom obtained the business of the long-established Tony’s Market at 2813 N. Glenoaks Blvd., in Burbank. For the next 36 years, Dom, also called “Tony,” was seen in his red apron and a hat welcoming everyone into Tony’s Market. He immensely enjoyed the many vendors, employees, neighborhood friends, families and pets. He loved taking photos of them, which he proudly displayed throughout his market. Saturday morning BBQs in the market’s parking lot was a gathering hole for many neighbors and longtime friends, sharing colorful stories and creating new ones.

Thank you, Dom, for your generosity, community spirit and love. We love you and will miss you deeply.

Dominic died at home with his family at his side on Valentine’s Day, February 14, 2022, at the age of 75. He is survived by his devoted wife of 50 years, Rita, daughter Gina, brother Sabatino (Pattie), and sister-in-law, Linda Buzzelli.

A funeral Mass will be held at St. Robert Bellarmine Church in Burbank on Saturday, March 19, 2022, at 10 a.m. Dom will rest in eternal peace at San Fernando Mission Cemetery, Pietra Mission Garden in Mission Hills.

In lieu of flowers, donations may be made to: BCR A Place to Grow by calling (818) 843-4907 or visiting bcraplacetogrow.org.