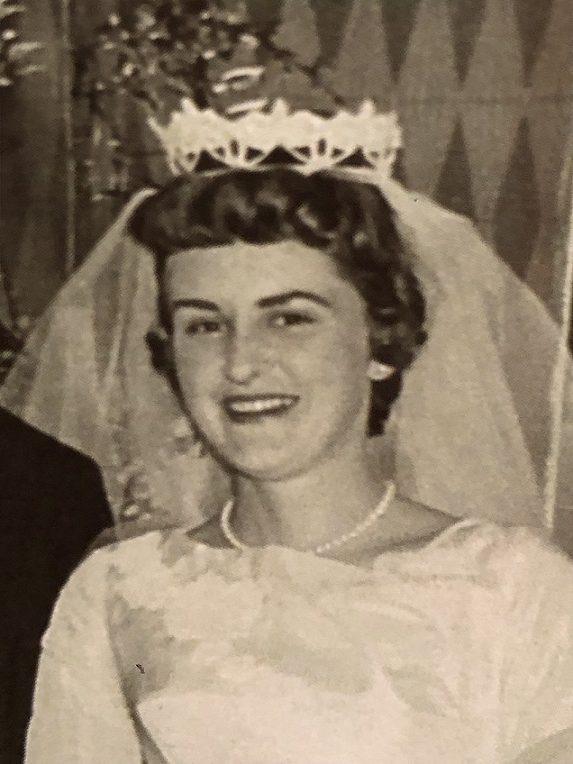 Claire (nee Shanahan) McHale passed away peacefully on January 6, 2022, in Santa Rosa, Calif., at the age of 82.
Born May 17, 1939, in Elmhurst, Queens, N.Y., she was the second child of three. She was a New Yorker, through and through — with stories of swimming far off shore at Rockaway Beach, and getting brushed by a barracuda fish among many other adventures in the city that she would fondly recall.

Her mother moved with the children to Tulsa, Okla., when Claire was an adolescent; Claire quickly made lifelong friends in Tulsa, often saying how she loved the people there. She enjoyed returning to New York City to spend summers with her aunts, uncles, and extended family and Claire stayed in New York after high school.
She eventually met and married Christopher McHale; three of their four children were born in New York and the fourth was born when they moved to Los Angeles, later to Burbank.
Claire was a dedicated mother who always put her family’s needs first, juggling a busy work schedule with grocery shopping, shuttling kids, errands, and always helping out any friend or neighbor in need. Although Claire remained home with the family when her children were young, she jumped back into the workforce, eventually working her way up to the accounting department manager for different airlines and companies, before leading the accounting department at the 1984 Los Angeles Olympic Games.
Like in Tulsa, it was always about the lifelong friends she made wherever she worked. When the kids were in college, Claire moved on to a position that she would remain until retirement, accounting manager for Sussman/Prejza & Co., Inc. Claire was so well loved there, she became “everyone’s mom.” And Claire was equally proud of them, pointing out completed works by Sussman/Prejza — whether it was the latest design for the city of Santa Monica’s electric buses, the colors for the upcoming Olympic Games, or other projects around the United States.
Claire was known for her great sense of humor and her playfulness. The door was always open for a visit to their pool at the house on Riverside Drive, where friends would be met not only by Claire’s quick smile and laugh, but by her extensive assortment of pool toys and rafts of all shapes and sizes, a school of battery-operated fish and an artillery of super-soaker squirt guns.
Claire was “game” for anything, whether it was learning to windsurf in her 40s or whitewater rafting and completing a triathlon in her 50s. She was always up for an adventure, especially if it meant spending time with the people she loved: her family and friends. Claire enjoyed traveling with her husband to visit family in Ireland, New York and New Zealand. She also treasured her high school reunions with her friends and family in Tulsa.
Claire is survived by her son, Chris, with wife, Robin; daughter, Carol McHale, with wife, Erin, of Santa Rosa; daughter Cathy McHale of Los Angeles; daughter Cindy McHale; sister Deborah Dick and family of Burbank; grandchildren Sean and Colin McHale, Vickie and Aaden Loring, Brett Anderson of Sonoma County, Calif., and Ariana, Colin and Jax Ardoin; as well as a large extended family of nieces, nephews and cousins living stateside, in Ireland, and around the globe.
An Irish wake was held on the evening of Thursday, January 13; Mass, with interment, followed on Friday at 12:30 p.m. in Madeline’s Chapel at Calvary Catholic Cemetery in Santa Rosa.
In lieu of flowers, donations may be made to Catholic Charities of the Diocese of Santa Rosa, Senior Services at srcharities.org/donate.
“Go n-éirí an bóthar leat” — Rest well, Mom.