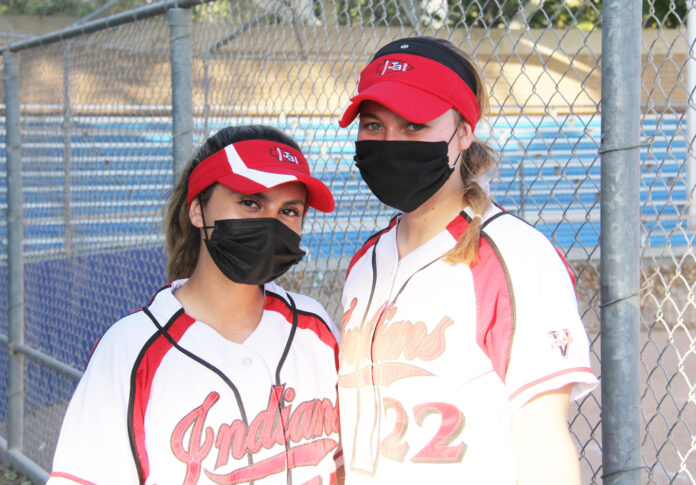 With two outs and two runners on in the bottom of the fourth inning, a line drive off the bat of the Burroughs High softball team’s leadoff batter Kelsey Acosta resulted in a force play and stopped the Indians’ rally against Chatsworth Sierra Canyon.
The play helped halt a potential Burroughs rally and helped Sierra Canyon to a 7-4 nonleague victory at Jack Smock Field in Burbank on Wednesday.
“After that run, defensively our mindset was completely changed,” Burroughs junior Isabella Scazzola said. “Our effort and energy skyrocketed from it.”
Scazzola finished 1 for 3 with two RBIs, a double and a run scored for the Indians (0-2 record). Teammate Gigi Garcia added an RBI single and junior Arley Pena capped the scoring with an inside-the-park home run at the bottom of the fourth. Acosta helped lead the JBHS offense with a 2-for-3 performance at the plate.

Meanwhile, Burroughs pitcher Dyani Del Castillo allowed five runs on three hits and struck out three.
The Indians got off to a hot start in the bottom of the first inning when Scazzola drove in two early runs on an RBI double. Shortly after, Garcia drove in Scazzola with a RBI single to push the lead 3-0.
In the top of the second inning the Trailblazers (4-1 record) cut the Indians lead to 3-1 on a bases loaded walk.
Trailblazers senior Amber Toven followed with a one-out, three-RBI double to take a 4-3 lead. Sierra Canyon sophomore Parker Whitfield then lined an RBI single to score Toven for a two-run advantage.
“We were a little shaky during the second inning and then once we went in, we just got our heads in the game,” Scazzola said.
In the top of the fourth, Toven ripped a line drive down the left field line to score a solo inside-the-park home run. The Trailblazers loaded the bases again and scored their final run on a hit by pitch.