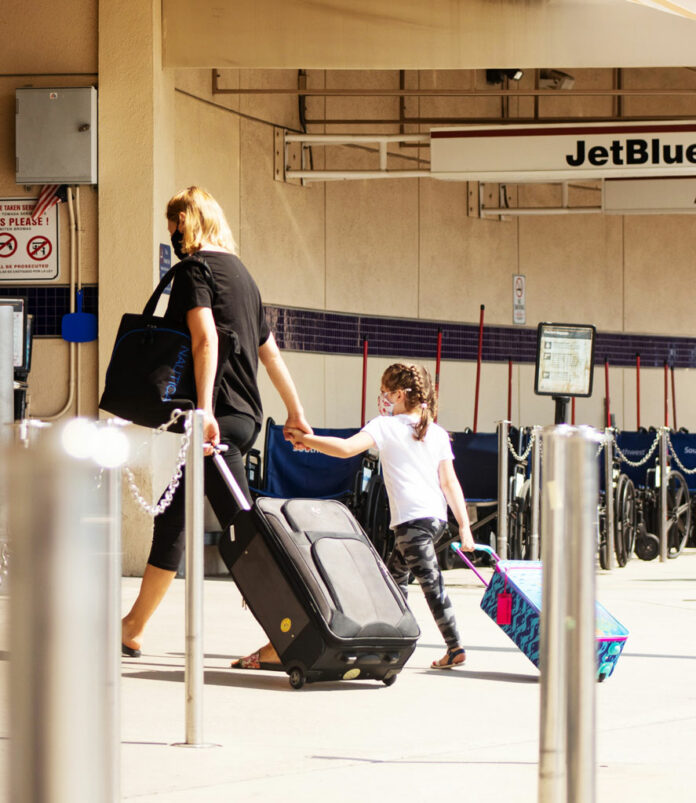 Burbank residents scanning Los Angeles County’s list of locations of COVID-19 outbreaks may have been discouraged to see the Hollywood Burbank Airport named last week, but the airport said the entry was a mistake.
After The Leader inquired about the listing on the county Department of Public Health website, airport officials reached out to the agency, according to Lucy Burghdorf, the airport’s director of public affairs and communications.
“They were perplexed,” she said by phone.
After a couple of days, according to Burghdorf, airport officials got their response. “The information was input erroneously,” she said the DPH had replied.

As of The Leader’s press deadline, the Hollywood Burbank Airport was still listed on the DPH’s outbreak list, though the county notes the data was valid only through Wednesday.
On Friday, the DPH told The Leader in an email that two of the five cases listed on the L.A. County website “were not linked to the previous ones,” leaving three current confirmed cases. The department said it would update its website accordingly, but did not say an outbreak had not occurred, but rather that “the outbreak is still under investigation and Public Health is working with the airport management company to mitigate any further cases.”
The website showed that five airport staff members had tested positive for COVID-19. Burghdorf explained that those employees work for TBI Airport Management, which is contracted by the Burbank-Glendale-Pasadena Airport Authority to operate the location.
The DPH defines a coronavirus outbreak as a workplace where three or more cases of the disease have been identified. But Burghdorf said TBI’s cases were spread out over about three months, with the most recent positive test occurring on Aug. 7.
Plus, she explained, the workers have quarantined, recovered, tested negative and returned to their duties.
“We do not have an outbreak at the airport,” Burghdorf said. When asked about the email The Leader had received from the DPH, she said she checked with other airport officials who reiterated that they had been told the airport would be removed from the department’s list of outbreaks.
Burghdorf said she could not disclose the departments in which the staff members worked, but added she did not believe there was a risk of exposure to patrons because the employees were “behind-the-scenes workers” and didn’t have close contact with passengers.

PANDEMIC SLASHES TRAVEL
Like many airports, the Hollywood Burbank Airport has experienced a major decrease in travel as the coronavirus pandemic rages on, according to Burghdorf. The Burbank facility’s statistics show that about 110,000 paying passengers went through the terminals in July, compared with almost 542,000 in the same month in 2019 — a nearly 80% decrease.
Compared with the period of January-July last year — when, Burghdorf said, the airport boasted the highest number of passengers it’s ever had — the same period this year showed a drop of more than 57%, representing a loss of more than 1.87 million travelers.
That decrease has been seen throughout the nation. The Transportation Security Administration reported that there were 516,000 travelers on Tuesday, compared to more than 2 million a year ago that day.
“How has [the pandemic] affected us? Tremendously,” Burghdorf explained.

HEALTH MEASURES IMPLEMENTED
However, she believes that officials at the local airport have been doing “an excellent job” to have only five coronavirus cases among employees over the course of the pandemic. The airport requires people to wear face coverings when inside the facility, as do all airlines for boarding passengers.
Burghdorf also explained that the airport uses CASPR units, devices that the developer says kill pathogens in the air and on surfaces by turning oxygen and hydrogen into other molecules like hydrogen peroxide. Those units are placed at airport checkpoints, where passengers tend to be more closely spaced.
Janitors also disinfect “high-touch” areas nightly, and hand sanitization stations have been placed throughout the terminals, according to Burghdorf.
She also said valets and rental car operators are wearing gloves and sanitizing the areas of the cars they touch, such as handles and steering wheels, to prevent the spread of the coronavirus.
“The airport has been working really hard to get all the latest and great ways of fighting the [virus],” Burghdorf said.