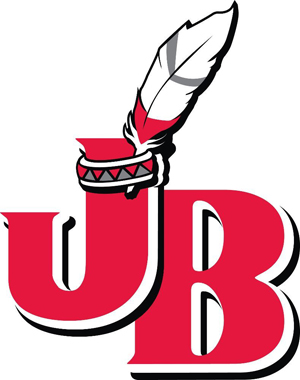 John Burroughs High School’s recent 2020 graduation looked different than in years past.
Rather than gathering on campus, students made small celebratory videos in their living rooms and backyards. Principal Deborah Madrigal gave her speech to a camera, instead of to a crowd of graduates. And when the class moved their tassels from the right side of their cap to the left, there was no deafening cheer, no waves of applause.
But despite the constraints placed on the school’s celebration by the coronavirus and the health guidelines it had forced, students, professors and staff still found a platform to honor the graduates’ achievements through a virtual format on May 21. And on there, many familiar details — the turning of the tassel, the heartfelt speeches, the grins of students — were on full display.
This year’s event, held virtually with a two-hour recording, also included a video message from actor Clint Howard, who graduated from Burroughs in 1977. Howard noted many students had expressed frustration when they learned their in-person graduation was being canceled, but he encouraged them to “go with the flow.”

“From this point forward, there’s going to be a plethora of new opportunities waiting for you,” he said in the video. “It’s hard to imagine. Hey, there’s no denying there’s going to be a lot of challenges — always has been, always will be. But no one is more prepared to face those challenges than you. As you go forth out into the world, be confident, don’t be timid, but by all means, be teachable.”
The graduation video featured several student voices. After Associated Student Body president and ASB Indian of the Year Award recipient Madeline Medina recited the Pledge of Allegiance, she addressed the class she was graduating alongside, acknowledging the gravity of the pandemic while encouraging students to be proud of their achievements.
“I know that this is never the way we imagine our graduation to be, but that doesn’t change the fact that we are moving on to the next chapter of our lives,” she said in the video. “We are finally here and we should celebrate. This school, your friends, this town will always be the foundation of who you really are.”
Medina’s speech was followed by an address from salutatorian Orla Giffen, who recounted several memories from the last four years of classes, events and sports games — including a victorious football game against Burbank High School.
These, she said, were many of the moments that made up most of the four years students were supposed to spend with friends and classmates, even if that time was cut short.
“Even though shorter AP tests and not having finals do not make up for the fun we were supposed to have at prom, or the memories we were supposed to make at grad night. At least we received four years at Burroughs in which we had many meaningful memories,” Giffen said.
After a recorded performance of Darmon Meader’s “Love Psalm” by the school’s advanced show choir Powerhouse, valedictorians Tigran Saakyan and Donovan Sylla each delivered brief speeches. Like other students, Saakyan noted the difficulties the COVID-19 pandemic presented, but said that his fellow graduates should devote their time to developing skills and hobbies while sheltering at home.
Sylla took a more lighthearted approach to his message to his peers, recalling his introduction to Burroughs after growing up in Hollywood. He said that he was struck by the kindness of both his classmates and the Greater Burbank community, especially when a group of students sat with him at lunch so he would have someone to eat with.
“I believe that Burbank is to Los Angeles what Canada is to America,” he said in the video. “We have everything that they have, except a little bit north, the people are so much more pleasant.”
The final speech of the ceremony was given by Madrigal, a message that was followed by brief videos or pictures of every graduating student. Many of the grads thanked their families and communities for their support, or mentioned their plans to attend a state, Ivy League or community college.
But the students, Madrigal said, deserve credit for more than their intent to continue their education or start their career. She commended students on holding adults “accountable for the state of the world,” advocating on issues such as climate change, mental illness and gun violence.
“You will be remembered for more than all of the things you missed out on,” she explained in the video. “You will be remembered because you made a difference, and I know you will in the future.”